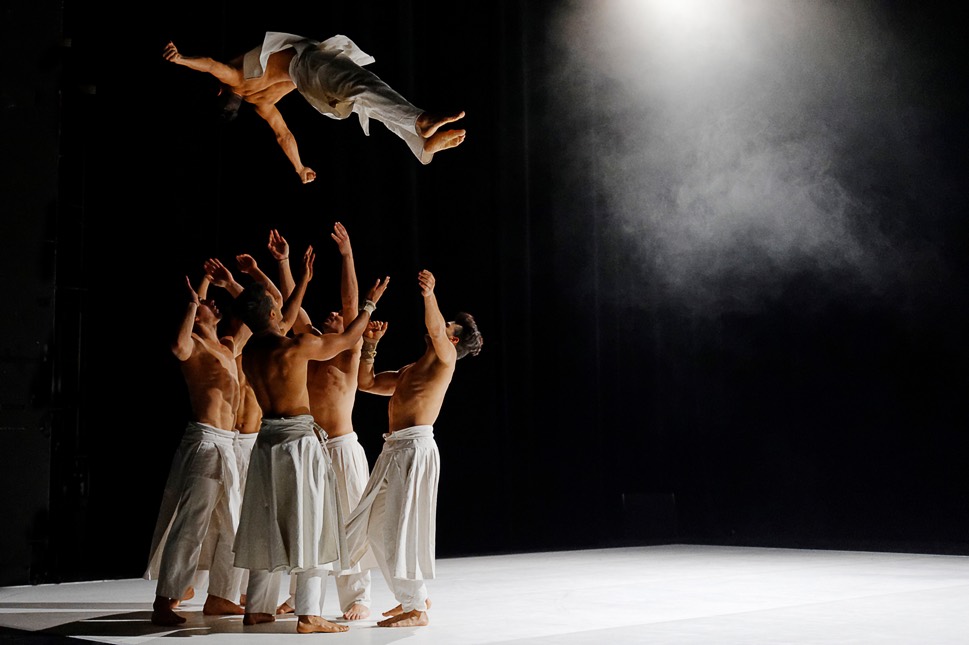 Compagnie Hervé Koubi from Cannes, Calais, Brive, France at the International Dance Weeks. The Internationale Tanzwochen, in Neuss, have been attracting outstanding performers who demonstrate the enormous variety of the expressive power of dance. Since 1983, contemporary dance companies from many regions of the world have been performing in front of packed audiences on the stage in the Stadthalle.